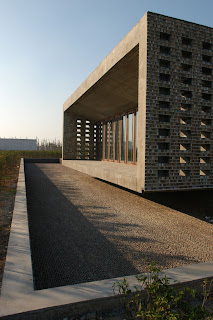 The Chinese architect Wang Shu, whose buildings in a rapidly developing China honor the past with salvaged materials even as they experiment with modern forms, has been awarded the 2012

Pritzker Architecture Prize.
Mr. Wang is the first Chinese citizen to win the prize (I. M. Pei, an American, was the first Chinese-born architect to win, in 1983) and the fourth-youngest.  The selection of Mr. Wang, 48, is an acknowledgment of “the role that China will play in the development of architectural ideals,” said Thomas J. Pritzker, chairman of the Hyatt Foundation, which sponsors the prize and announced the winner on Monday.
Pubblicato da Massimo Palumbo a 00:09:00